How do you reconcile the presence of evil in the world with belief in a loving God? How should Christians relate to other religions? Does the “Christ of Faith” bear any resemblance to the “Jesus of History”?

Ten Christian and Jewish theologians – world experts in their fields and persons of faith – each address a single perplexing issue. These ten issues are obstacles to faith for many both in and outside of the church. Each week a short scriptural study and personal reflection questions will help participants begin to think about the topic. Video presentations by the noted scholars will provide further material for discussion. This course will encourage energetic discussion and sustained reflection by both believers and seekers.

Part of a certification or series of courses?: Yes (Wesley Academy for Advanced Christian Studies)

“I really liked the personal reflection questions that came before the lectures, as they encouraged me to crystalize my thinking prior to learning from the lecture.”

“The video lectures where great. They allowed me to think of the week’s content in new ways.”

“The online discussions were critical, as far as I’m concerned.  Most of the lectures were great, but the questions and resulting discussions really bring out different ways to look at how I’m thinking.” 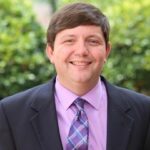 Rev. Dr. Scott Pickering has served 24 years at five United Methodist Churches in the North Georgia Conference. He is a recognized leader within the conference and played a critical role in defining leadership qualities for commissioning and ordination candidates for ministry. Scott also serves as an instructor for Early Response Teams who respond primarily to natural disasters. In addition to a Master of Theological Studies degree from Candler School of Theology, Scott has earned a Doctor of Ministry degree focused on Church Leadership from Wesley Theological Seminary. He has also taken courses at the Interdenominational Theological Center in Atlanta and the Church of God School of Theology in Cleveland, Tennessee, gaining additional insights into culture and theology.

About the Program Director

Michael is currently a Ph.D. candidate at Fuller Theological Seminary (intercultural studies), working under Pentecostal theologian Amos Yong.  His doctoral research concerns the way Christians from different cultural locations relate to one another in a globalized Christianity. His writing was featured most recently in “Breaking the Marriage Idol: Reconstructing Our Cultural and Spiritual Norms” (IVP, 2018), and in the Religion and Theology Journal (Brill, 2017).

In additional to his doctoral studies Michael holds a bachelor’s degree in religion and philosophy from Friends University, an M.A. from Pittsburgh Theological Seminary, and a Th.M.  in systematic theology from Trinity International University.