A New Way of Making Disciples: Using the Left Hand 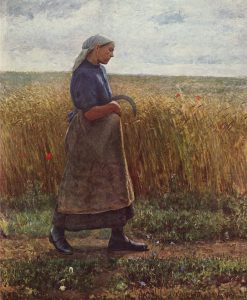 The successful expansion of any movement is in direct proportion to its success in mobilizing and occupying its total membership in constant propagation of its beliefs. (The Strachan Theorem, from Richard Peace, Small Group Evangelism – A
Training Program for Reaching Out with the Gospel)

There are two streams of disciple making which could be described as “right hand” and “left hand” evangelism; we need both hands to accomplish the work of God.

If You Build It…Well, You Know

Right hand evangelism is church driven evangelism, involving the familiar pattern of churches, worship, evangelists, revivals, altar calls, enthusiasm, follow up, Sunday School, invitation, hospitality, etc. Right hand evangelism organizes events and programs, like worship and Sunday School, to make disciples. Evangelism is two-step in a right handed understanding: it is necessary to get the unchurched into the building where they will find Christ within the community of faith. This is, of course, the “if you build it, they will come” mentality.

In the body of Christ, this is the temple system; it provides worship and most of the systemic structures which maintain the activities of the traditional church. The temple is an attractional, “come” structure that desires stability in all things… It is logical, objective, left-brained, centralized, co-dependent, homogenous and tends toward scholasticism and conformity. It is visible where it operates in cycles within characteristic structures: temples, worship, priests, liturgy, logic, dogma, ethics, events, activities, programs, and governance by committee (boards, finance, personnel, property). It is the flower pot that supports the flower. It is the bone which provides stability for the body. It is the traditional church.

Send Out Laborers into His Harvest

Left hand evangelism is a less familiar paradigm of lay driven evangelism, involving lay people going among the lost, making disciples in ongoing relationships, then mentoring their disciples to become missional servants and eventually then disciple makers. (Luke 10:2 And he said to them, “The harvest is plentiful, but the laborers are few; pray therefore the Lord of the harvest to send out laborers into his harvest.) Left hand evangelism organizes individuals to become disciple makers through relationships that become channels or means of grace, and then raises those disciples to become disciples who make disciples who make disciples (2 Tim 2:2). Disciples obey the commands of Christ in a cycle of justifying, sanctifying and prevenient grace.

In the body of Christ, this is the discipleship system; it provides a teleological process of spiritual growth through successive, developmental stages. The discipleship system is a dynamic “go” movement that desires growth/improvement in all things… It is emotional, subjective, right brained, relational, pluralistic, inclusive, decentralized, homophilic and tends toward enthusiasm and differentiation. When visible, it is often seen in small groups that function like spiritual families, where Jesus is Lord and people grow, operating in a social network. One aspect of a discipleship system is equipping disciples in missional service, which is a part of the growth of spiritual children toward maturity. It is the muscle for bone; both are alive. It is the movement that makes disciples, as Wesley’s Methodists operated with the Anglican church.

In the mid 1950s the Latin American Mission, worried about the failure of churches to grow, studied three diverse movements that were rapidly growing in their context: Communism, Jehovah’s Witnesses, and Pentecostals. With the message and values of each group so different, the commonalities would reveal what was causing growth. “Each had successfully mobilized their entire constituency in continuous outreach. Latin American Mission put their findings together in a concise statement, the so-called Strachan Theorem: the successful expansion of any movement is in direct proportion to its success in mobilizing and occupying its total membership in constant propagation of its beliefs.”

The Disciple Making 101 course offered through Be A Disciple is an attempt to provide the training in a method that would enable every layperson to carry out the Great Commission – and which fulfills the Strachan Theorem of mobilizing an entire community toward outreach. If you are interested in learning more about what it takes to move your community outside of it’s walls, sign up for David’s course. 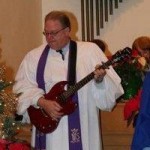 David Kueker pastors the Kinmundy and Wesley United Methodist Churches in southern Illinois. After graduating from Eastern Illinois University (BA/French) and the Southern Baptist Theological Seminary of Louisville, KY (M.Div), Dave has served as a United Methodist local church pastor in the Illinois Great Rivers Conference since 1980. In 2008 he received his Doctor of Ministry degree from Fuller Theological Seminary in Pasadena, California; David’s research focuses on evangelism, church growth and overcoming systemic resistance to change. His D.Min. project on disciple making and overcoming resistance to change is online at www.disciplewalk.com.

The image in this post is entitled Sommer, by Leopold Karl Walter Graf von Kalckreuth.