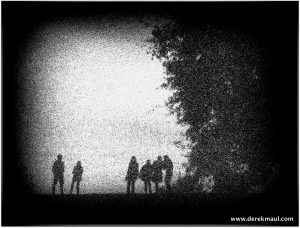 Late in the evening, December 31, our New Year’s party in Orlando spilled outside for fireworks. “Blowing things up with Uncle Joe” is an annual ritual, and always a one-of-a-kind experience!

The children, most in their early teens now, bounded up onto the roof like mountain goats. They wanted to watch the explosions of light and color, yes, but more than that they wanted to be together, to be doing something out of the ordinary; they wanted to build one more memory at the end of a year that was full with them.

By now we’re well on our way into 2014, and I’m beginning to wonder what kind of memories will have stacked up for review by the time we usher in the next New Year.

There’s no way of telling, except that – along with my wife, Rebekah – I know from the outset that I’m committed to life, to newness, to fresh experiences, and to ongoing learning as an article of faith.

When I look around, I see too many of my contemporaries nestling into sameness, more interested in maintaining the status quo and guarding against change than they are living into the possible.

Rebekah and I got a taste of this in January of 2012, when we headed to Egypt, Jordan, and Israel with a study group and a plan to retrace some of the geography of the biblical narrative. 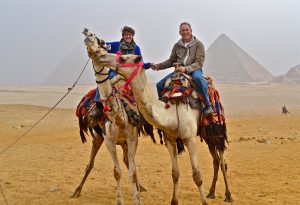 “It’s not even close to safe,” one friend told us. “How irresponsible,” said another. “What if something terrible happens?” offered a third.

Our twenty-something daughter – who understands her parents well – responded exactly on point to one concerned naysayer. “If my mama gets blown up riding a camel in Egypt, she’ll still be glad she took the opportunity to see the Pyramids!”

Exactly. Life is too short to retreat to the recliner when there’s a great big world just waiting to challenge us, and to enrich us with wonder, and adventure, and learning.

A Year That Goes Somewhere

I believe it’s important that we purposefully engage the adventure that is 2014 with a clear sense of direction, in terms of our commitment both to be whole people and lifelong learners.

I guess that is my vision for the balance of 2014: Moving forward with resolve; living into promise; grounded in prayer; walking by faith; our eyes fixed on Jesus.

It’s a tabula rasa; a syllabus we can work out with imagination, or an opportunity that we can let go to waste.

Jesus, who ran the original “Be A Disciple” program, parsed the vision this way:

“Go therefore and make disciples of all nations, baptizing them in the name of the Father and of the Son and of the Holy Spirit, and teaching them….” (Matthew 28:19-20)

You can keep up-to date with author and speaker Derek Maul at www.derekmaul.com 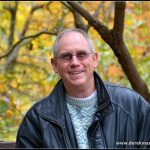 Derek Maul, an award-winning journalist, is the author of several books. Derek and his wife, Rebekah, live in Wake Forest, North Carolina. In addition to writing, Derek travels to speak about the fully engaged Christian life, specializing in men’s ministry and spiritual formation events. Derek blogs at http://derekmaul.wordpress.com/.